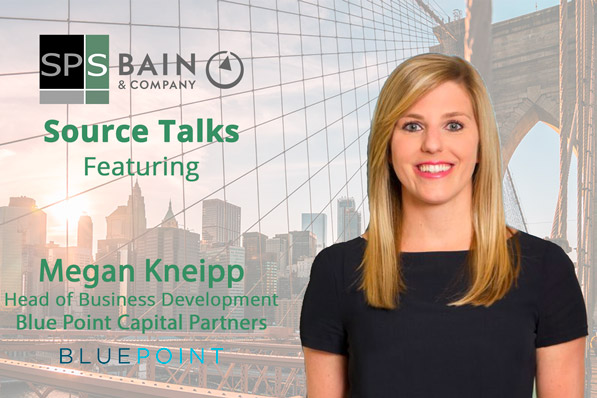 In this episode David speaks with Megan Kneipp, Head of Business Development at Blue Point Capital Partners, about their unique operational levers that differentiate Blue Point and enable their portfolio companies to easily access data, technology and foreign markets, as well as their tech stack for sourcing and managing deal flow.

Tell us first off a little bit more about Blue Point Capital Partners and your role there. We are based in Cleveland, but also have offices in Seattle, Charlotte and then in Shanghai, China. We do have a couple of unique value added capabilities I think are differentiating. So I mentioned that we have an office in China and that is really to help our companies access the Asian markets. Kind of our second value added capability that I think is differentiating is we have an internal team focused on data and digital.

So that’s helping companies improve from a data and digital perspective. And that can be a third generation family owned business that needs a lot of handholding and a lot of help, or could be an e-commerce business that needs someone that understands their space in order to take their investment to the next level.

I know you close the deal, recently purchased a company called Trans Star.

So Trans Star is the leading auto aftermarket distributor of transmission parts there based in Cleveland. They have over 80 branches in the US and they also have over forty thousand SKUs. And they are also four times the size of their largest competitors. We really liked it. They were definitely, without a doubt, the industry leader and an established in market. How we found it is we have had a relationship with the founder and the CEO for a really long time. And actually the current CEO has sat on a couple of awards for Blue Point. So we were in dialogue with them when they decided they wanted to sell. And they had actually press pause when Covid had to kind of, you know, take some time. And then they decided during Covid that, you know, a real partnership and someone local actually was really important to them. And so they kind of reached out to us.

I think part of the reason that we were able to get that done is their value added plan or what they want to accomplish aligns well with our resources that I mentioned before. And also there’s like a really solid cultural fit. And I think, you know, during Covid you want to do deals with people that you know and people that you trust. And I think having that pre-existing relationship was really, really beneficial for us.

Tell us about the role that technology plays in your origination efforts there at this point.

Yeah, so in addition to using Salesforce and PitchBook and things like that, I think probably the the most valuable technology I use is Sutton Place Strategies on my on my day to day job. And I think, you know, what they help me do is to help find intermediaries that are relevant to Blue Point that we might not know.

I think in this market, there’s always a new investment bank popping up or a new spin out. And so it’s really great when you can see some of the deals that these bankers have done to see if they’re relevant and then also reach out to them to start cultivating that relationship so that you can kind of over time, let them know what you’re interested in. If they have a deal that’s a fit for Blue Point and will be able to see it and maintain those relationships moving forward.