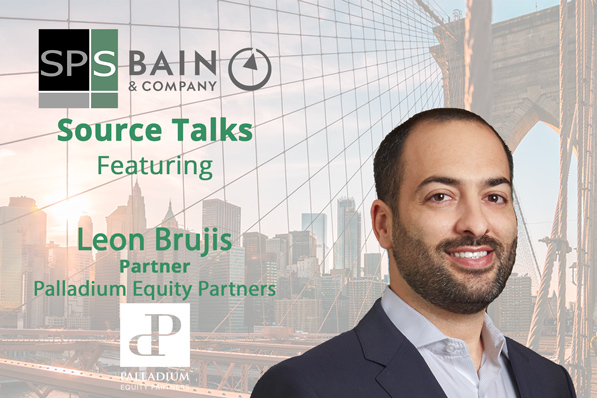 By Sutton Place Strategies, Marketing & Communications | on May 5, 2021 | Featured

In this episode David speaks with Leon Brujis, Partner at Palladium Equity Partners about his relationship building advice to succeed in deal origination.

Tell us your top three pieces of advice for developing relationships with business owners and deal intermediaries.

First, it’s not about you, it’s what can I do for you? There’s a great scene in the Wolf of Wall Street, Jordan Belfort, the movie anti-hero played by Leonardo DiCaprio, is now a motivational speaker and one of his seminars. He challenges members of the audience to sell him a pen. Everyone simply pushes their agenda and oversells. A few months later, after the movie came out, the actual Jordan Belfort was being interviewed by Piers Morgan and he asked Belfort to sell him the pen, Belfort responded. Are you in the market for a pen? It sounds obvious, but I find that most people don’t stop to really think about and be curious about the other side to resist the urge to be the last to speak.

There is a great speech from someone who said it. It goes like this. Throughout your life, you will be told that you have to learn to listen. I would say they have to learn to be the last to speak. I see it in boardrooms and in people who consider themselves good leaders. They will walk into a room and launch into here’s the problem. Here is what we need to do to scale to hold your opinions to yourself until everyone has spoken. That’s two things. One, it gives everyone else the feeling that they have to that they have been heard. It gives everyone the ability to feel that they have contributed. And to you get the benefit of hearing what everyone else has to say before you render your opinion.

Three. In a world of transactions, don’t be so transactional. In the summer of 2020 I attended a conference and met a founder whose business I was very interested in. He wasn’t sure if he was ready to sell. And we had a great conversation and promise to keep in touch. And I did. Maybe I called per quarter. I would gently check in and remind him that whenever he was ready to talk, I will be more than ready.

Maybe six months into the relationship, I have the opportunity to purchase his products. I gave him some feedback and this led to a closer relationship. Finally, a few weeks ago, this founder is ready to sell his business and he wants to work exclusively with us. I believe that if I had been more transactional and efficient about this relationship, the outcome would have been very different.