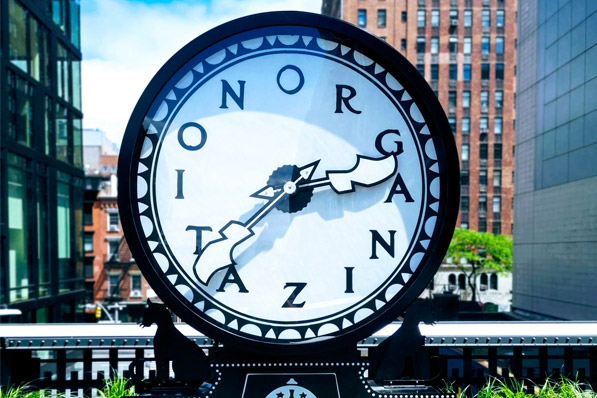 Last year around this time uncertainty reigned supreme, and conversations focused around adjusting to the new normal and digital networking. This year we’re seeing an uneven resurgence of deal flow and a significant push to uncover under the radar intermediaries, as well as questions on how to stand out from the crowd as a deal originator.

In the spirit of Spring Cleaning and putting 2020 behind us, let’s highlight prime areas to focus one’s time to maximize business development efforts and brainstorm ideas for new angles on sourcing.

The Query Center on the SPS Dashboard provides one-click access to key sourcing analyses such as LTM Missed Deals and Advisors New to Target. Those clients who submit deal data for their confidential market coverage analysis also have access to the Bid-Buy Report, providing Firm-level competitive intelligence on deals they bid on. With the release of the data access expansion, SPS clients now see full Sponsor Professional details as well as Lender Firm and Professional data on these same reports. 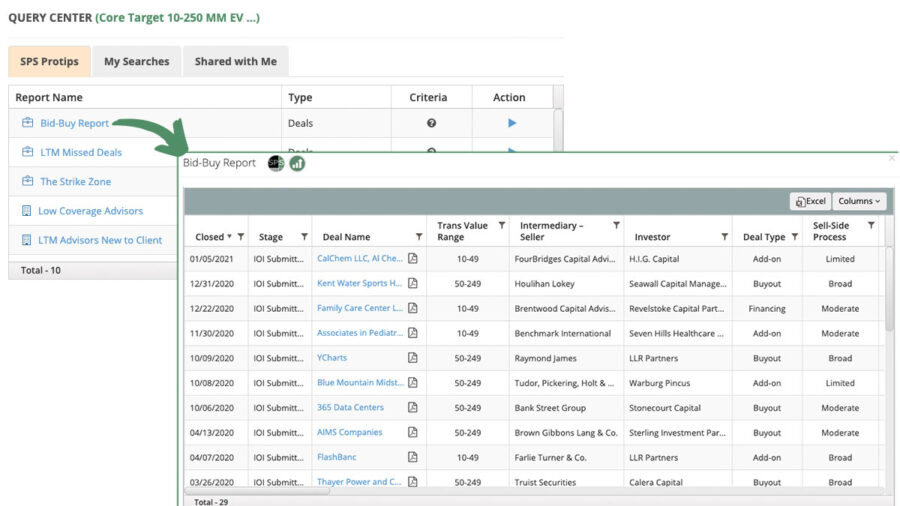 One key but often overlooked report on the Query Center is The Strike Zone. Focusing on those missed deals that were moderately marketed to potential Sponsor buyers, The Strike Zone allows Business Development professionals to narrow down their universe of missed deals to a “Goldilocks Zone” to optimize their outreach efforts.

The real-time intelligence of the Pipeline Activity tool identifies those logged opportunities that are still on the market vs those that have closed. Intuitive filters allow PE Firms to screen by deal stage, intermediary, description, industry among other fields and simplify the process of circling back on previously sourced opportunities to generate organic deal flow.

Given the level of disruption in M&A markets the past year, few tools anywhere provide such highly actionable data on relevant potential targets. Better yet, high priority deals can be flagged for follow up through an email alert after a certain amount of time has passed.

Minimize time spent preparing for conferences and maximize your ROI by prioritizing only those events with bankers relevant to you. A simple copy and paste into the Conference Planner cross references conference attendee lists against the SPS database and returns a cleansed file with the firms and professionals in attendance that have closed deals relevant to your investment target over the past three years.

Pre-screen potential conferences for relevant attendees, identify relevant professionals at an event you are already registered to attend, and cleanup contact lists, CRM data, or any unstructured list of names for relevancy.

Photo by Dan Azzopardi on Unsplash