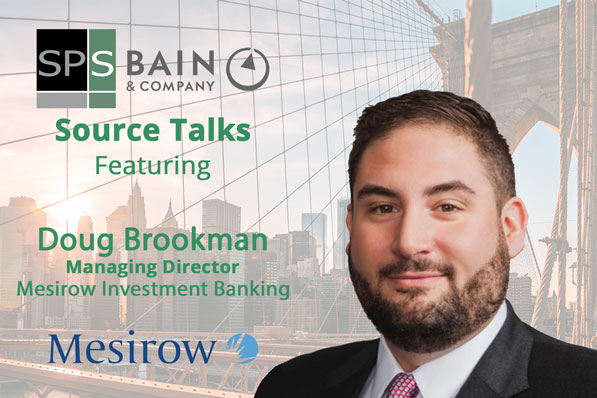 In this episode David speaks with Doug Brookman, Managing Director at Mesirow Investment Banking about changes in the M&A landscape, his top pieces of advice to PE firms pursuing rollup strategies, and often overlooked risks they need to take into account.

Tell us about, first off, Mesirow and your role there.

We started out as a wealth management firm that decided that was a great idea to try and sell client’s businesses for them. We founded the investment banking practice about 20 years ago and have never looked back.

Tell us about some of the roll-up strategies that you’re seeing in the market right now.

You know, historically, the roll-up strategy was we’ll buy a big platform, and then we’ll buy a bunch of incremental, smaller targets at a lower purchase price and multiple there’ll be some good arbitrage. We’ll buy down our purchase price across the board, create some synergistic value, and then exit to another private equity firm. Everybody has caught on to doing that, it’s not so easy to do that.

You know, you started to see the trend from the larger platform to the smaller, more regional platform and then becoming a super regional platform. And you’re doing five, six, seven total transactions to become a major regional player, as opposed to buying number one, two or three in the best in class asset and trying to become even bigger. I think part of that obviously is valuations overall continue to go up. But I also think that the amount of money on the sidelines has continued to drive valuation up in the larger fund area and arena and the larger deals. And there’s a larger number of groups chasing a smaller number of tier one, $40 to 80 million dollar EBITDA assets on a daily basis.

What are your top three pieces of advice for buyout firms looking to successfully prosecute these more regional consolidation plays?

Understand the industry, understand the competitors and understand the underlying dynamics that you’re getting into, but not only from an industry perspective, per se, but even on a regional level. Because as I’ve seen in certain industries, union in one area can be completely different than union in another. The contract could be up for negotiation and they don’t like the fact that private equity bought the business and they start to act out. Or you could be in a place like New York City where the union mentality could be a bit different than, say, South Carolina, where you are. So you end up in a bit of a different dynamic from city to city, state to state, union to union. So something to definitely keep in mind as you’re looking to cobble together deals.